Akron, OH, March 18, 2020 Advanced Resources, a leading product development firm in Northeast Ohio, recently announced they completed the redesign of a new line of Crossmembers for their subsidiary, G Force Performance Products. G Force, a supplier of aftermarket parts for the automotive industry, launched its next generation of Crossmembers, which are available online now. 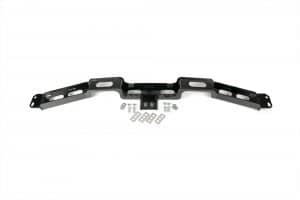 A Crossmember is a reinforcement used by car enthusiasts and racers for added support after a transmission swap. Based on consumer feedback, G Force requested Advanced to reengineer their four best-selling Crossmembers. Customers wanted a lighter-weight version that didn’t compromise the quality, strength, or durability of the product.

As a result, the reengineered Crossmembers weigh less than twenty pounds. The lighter weight makes them a more workable solution for a wider range of car modification projects. In particular, show car owners and race car drivers prefer less weight.

The challenge for Advanced was to retain the features that car enthusiasts have come to expect from G Force transmission and suspension aftermarket products while reducing the overall weight.

Each new crossmember was extensively tested and proven to withstand the same loads as their heavier predecessor. Plus, G Force Crossmembers are proudly made in the USA. The four next-generation Crossmembers fit popular years and body types, including 1964 – 1967 and 1968 – 1972 A Body as well as 1984 – 1988, 1978 – 1988, and 1978 – 1983 G Body vehicles. Detailed information regarding make, model, year, transmission, and more are available on crossmembers.com.

Advanced Resources Vice President Zack Weidrick said, “These new Crossmembers are the first of many reengineered and new products we are developing for G Force this year. We’re here to support them as they add products that support the next generation of car enthusiasts and race car drivers. Their customer base expects the highest quality products. We’re dedicated to preserving G Force’s reputation as industry innovators.”